Cash is losing its position as the top payment method.

With the rise of digital wallets and tap-and-pay debit cards, you don’t need dollars, euros or any other currency to catch a ride, book a flight or order a meal at a restaurant. Alternative payment methods are becoming increasingly important in today’s world of fast-changing technology, progressive dematerialization, global production, and financial dynamics. Cashless payments leave behind traceable records. With technologies such as voice and face recognition, and as well as retinal-scanning built into payment technologies, transactions also have become more secure than ever before. Payments can also be protected by end-to-end encryption.

Experts do not think the new decade marks the dawning of a cashless society, but the list of places where cash is completely unnecessary is growing. The prospect of a cashless society is starting to emerge. While a society without cash could be problematic in some ways, it could also bring about a lot of positive and convenient changes. For example, In the UK, only 34 percent of payments are now made in cash and most businesses find it easier. Meanwhile, Sweden is proceeding towards becoming the world’s first completely cashless country. More than 59% of consumer transactions in Sweden are completed through a non-cash method. Cashless transactions take the form of Credit card, Debit card, Mobile wallet, Point of sales (POS), Internet banking, Mobile banking, etc. Some examples are PayPal, Apple Pay, Google Wallet, Payoneer, and Amazon Go.

Close to 30% of customers would prefer to order from kiosks, the self-order kiosk market is expected to reach $30.8 billion by 2024. A cashless society offers benefits that have already changed our lives for the better. For example, retailers who cut out hard currency say that they’re able to speed up transactions while reducing the risk of theft and the costs of securing and toting large amounts of cash to banks.
Cashless payment methods play a major role in many businesses around the world, from retail stores to large restaurant chains, such as McDonald’s, which continues to add self-ordering kiosks to optimize its delivery systems. McDonald’s is not an exception in the restaurant world. Other popular fast-food restaurant chains such as Bell, Wendy’s and Burger King also participate in this technology as well.

KateMedia also moves with the times and has developed a universal device with the ability to pay your bill in different ways. You can use an NFC module or a chip to proceed with cashless payments without a waiter, or you can pay by cash.
Looking ahead, it is evident that society could benefit from changes to the way money is transferred and businesses would enjoy reduced costs without the complexities of cash infrastructure, as well as increased efficiency and productivity. However, integration and implementation of new digital payment technologies would need to be carried out gradually. Robust systems would need to be put in place to support and provide for those who may struggle to access the technology, and for situations where technology could fail.

Get in touch with us!

We are looking forward to doing business with you, and are ready to introduce you into the future of restaurant payment service.

“ Talk to us about no-fee, no-risk, no-obligation FREE trials. “ 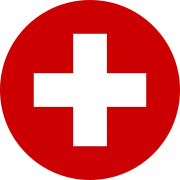 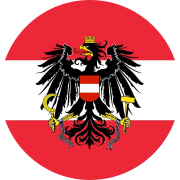 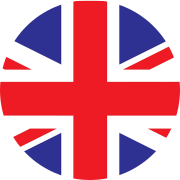